RUNNER FOR PINK IS GOOD 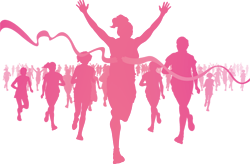 “I’m still having treatment – I’ll be finished in September – but I’m already running. I’m part of the team in training with the Veronesi Foundation, the Pinks..
Pink has become the colour of hope, as well being very girly, since it became part of the title of the Pink is Good project for the fight against breast cancer. And I found out that I had breast cancer last year. What a shock! I didn’t want to believe it».

Paola Colella, now 38 , ells her story to help other women in the same position. «I’ve already run in the relay of the Milan Marathon, on the 12th of April. 10 kilometres and 300 metres. The longest in my life…!».But she immediately adds: The best too, because I made it. Right from the start, I decided I wasn’t going to be ill. Our job, as patients, along with the commitment of the medical staff, is to live, get on with life as usual, as if… As if we were healthy».

She hopes she’s beaten it. «I had surgery at the Ieo in Milan, twenty days after the scan that showed up the cancer. A quadrantectomy, so my breast is still perfect. I had radiotherapy for a month, and seven months of chemotherapy, and it was really heavy going. I was unable to work for three months. I lost my hair too, but I never wore a wig. Sometimes a headscarf».

Paola works in staff recruitment and training. In her free time, she already used to take part in occasional amateur runs «Running is good for the mind: I’ve had all my best ideas while running». She says that her illness, that “dreadful” cancer, has changed her soul too: «My priorities are different now. I let a lot of things that would have once mattered go. I take a much more relaxed approach to things».

As the lighter chemotherapy comes to an end, she’s adding things up and planning for the future. «With the kind of cancer I have, the risk of relapse is high in the first three years. After that, it’s the same as for women who’ve never had cancer. And after five, you’re cured. I might just decide to go ahead and have a baby at the end of it all…».

She continues: «II’m a very positive person. If the treatment makes me feel tired, I just tell myself: tomorrow will be better. Just like the indomitable Scarlett O’Hara in Gone with the Wind: Tomorrow is another day!”» 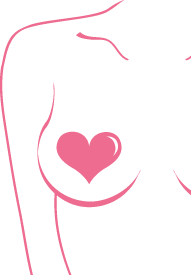 I had a slight temperature which had been plaguing me for months and no one knew what was causing it. Then one day I felt a little lump under my armpit. It was cancer.

I had surgery immediately, a quadrantectomy. It was 1992 and I was 27.
I had a cycle of radiotherapy, then the doctors discussed the options: some said I needed chemotherapy, others said no. I had it. Six sessions. No, I didn’t go bald: I lost a lot of hair, but you couldn’t tell.

I had the chemotherapy on Fridays, so I was ill during the weekend but then back in the office on Mondays, perfect. No one knew anything about it, apart from the lawyer I worked for.
The awful thing about chemotherapy is that it destroys your veins, so when they have to stick a needle in, they don’t know where to put it… I got married the following year and I waited five years before having children. Then I had two, and they’re 17 and 12 years old now. I was fine: I felt protected because I was in the “network” of the cancer institute in Milan, which planned the tests I had to have as things progressed. At the time they also used to do a scintigraphy, that test to see whether your bones have been affected. I had so many!

A STRANGE MACHINE – fter ten years, I left the Institute’s programmes, but I continued having a mammogram and an ultrasound scan every year. Then a friend told me about a doctor who worked for a major hospital which had a fantastic new machine, a sort of thermoscan, a more precise and sophisticated ultrasound scan. It was eighteen months since my last mammogram so I went to this doctor (spending a fortune). He told me not to worry, that everything was fine.

But a month later, I noticed that my nipple (it was the left breast again) seemed to be slightly inverted. I went back to the same doctor and he reassured me about the result of the test with his machine: there was nothing wrong. I went on holiday, but my nipple didn’t go back to normal.

TWENTY YEARS LATER – When I got home, I changed doctor. They did a fine-needle aspiration and the histology exam revealed that I did have cancer. It had been twenty years. In these cases, no one knows whether it’s a recurrence of the old cancer or whether it’s something completely new.

I had surgery again, in 2011, but this time I had a mastectomy: they removed my whole left breast. It wasn’t an easy operation because the tumour was big, but mainly because the underlying tissue had been destroyed by the previous radiotherapy. They made a big incision in my back, which you can still see now, to recuperate a piece of muscle to insert into my chest. Of course, I couldn’t have radiotherapy this time. Again, there was a discussion as to whether or not to have chemotherapy, and, again, I had it. The issue with the veins was dreadful. They were completely destroyed! They once had to stick the drip into my foot…

MY BALD HEAD AND MY KIDS – This time I suffered from depression. I lost my hair and this caused a problem for my kids, who were frightened by my bald head, especially the youngest. Obviously, I’d tried to make light of it, playing games with my wig, but my younger son didn’t feel better until my hair grew back and became really long. Then there was another problem. the wound wouldn’t heal, so a plastic surgeon operated on me four times. He took stem cells from my legs and injected them into my chest so they would form new tissue. This was really helpful. Now I have a normal implant in place of my left breast and I also had one put in on the right side to even things out in terms of size.
Of course I don’t have a nipple. I could have more surgery to create one, but I’ve been through enough operations. I’m just going to stay like this.

ANGELINA JOLIE’S TEST – I have had the genetic test to see whether I carry the cancer genes that induced Angelina Jolie to have a double mastectomy and a hysterectomy, but I don’t. However, I would have been willing to have my other breast and my ovaries removed. There are those who tell me that I should have this radical surgery, while others tell me that it’s the fallopian tubes that cause the problem and I should simply have them removed, as a precautionary measure.

NEVER JUST ONE DOCTOR – For the moment, I’ve not needed any treatment since 2012, apart from my hormone tablets. And I have regular tests. Initially they were every three months, then every six.
In conclusion, I’ve been quite unlucky. One of my friends, who’s recently had surgery for breast cancer, had radiotherapy during the operation… However, I would like to tell every woman who finds a suspicious lump: don’t trust new treatments. Go to a big hospital which, after surgery, enrols you in its “network”, scheduling your tests. And never listen to just one doctor, get several opinions – like I did – on whether or not to have chemotherapy.

And then make sure you get checked: never miss a test, never let down your guard. And never give up hope. 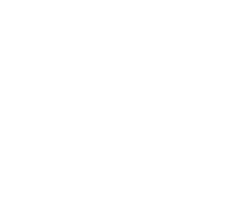 My story begins in May 2011, when I was 36, and the normal tests
recommended for the breasts, which I have regularly, revealed a
“growing fibroadenoma” (a benign tumour)..

It was on the top left quadrant and, despite being benign, the doctors said we had to keep an eye on it. On the 6th of August I had another mammogram and an ultrasound scan. The fibroadenoma had gone. It had been reabsorbed, but in its place, I had a tumour,
a nice big one: 2.5 cm, near my armpit.

‘ Fine-needle aspiration and, while I waited for the histology results, a holiday.
Was I worried? Not really…I had surgery on the 8th of September, followed by six chemotherapy sessions, one every three weeks, dreadful. I’d be in bed for five days, feeling too nauseous to cope. “ELEGANT BALDNESS” – Obviously, my hair fell out, but I coped quite well. I just had a really strong will to live. The funny thing is, I’m a hairdresser. Sometimes, when I was at work, I’d take off my wig, and my clients would say that I looked really good bald… A lot of my being able to cope was due to the fact that I’m surrounded by very dear friends, affectionate and loyal clients…
As if being bald weren’t enough, I had to take cortisone too and I don’t whether this was the cause, but I gained 15 kilos. One of the decisions made with the doctors was to block my periods to protect my reproductive system, in case I wanted to have children later on.
But it didn’t end there. A few months went by with no treatment. Then in May 2012, I started having radiotherapy every day. I had ten sessions. Check-ups. The cancer came back: smaller but more vicious. I had another operation on the 19th of July. this time they removed by whole left breast, along with all the lymph nodes under my armpit. They put in an implant, luckily I have small breasts…

SOMETIMES ONCE ISN’T ENOUGH – 15 days’ holiday before starting a full year of chemotherapy in September. It ended on the 31st of July 2013. I’ve had no treatment since then. All my tests have been absolutely perfect. I lost the weight I’d gained, I started eating healthily and I run more. In March this year I had more surgery, but this time to reconstruct by breast. I have a mammogram and ultrasound scan every six months and I have a scintigraph once a year to check my bones. I’ll also be having an MRI because of the implants. As time goes by, the intervals between check-ups become longer. Of course – and you must tell everyone, because it’s really important! – I check my breasts myself. Do it, ladies! If you listen to your body, you learn.

What else can I say? That cancer changed me. For the better. I don’t know, maybe now I appreciate the little things more. I just let the bad things that used to bother me slide off my back… Waking up every morning is an amazing feeling. Like everyone else who’s been through the same experience as me, I think, when I open my eyes in the morning, and get out of bed, I say: I’m here. I’m alive! And I’m so happy…